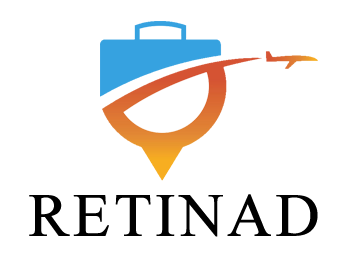 Plugged Ears On The Plane: An Annoying Discomfort When Flying

The earache plane is an unpleasant feeling that all passengers will sooner or later come to know … and suffer. But because the ears plug on the plane? Here is the definitive explanation, which has to do with the pressure changes in the cabin. During take-off the gases – like oxygen – dilate, and then re-compress during landing. This can lead to problems in parts of the body where air cannot move freely, such as the middle ear. The area behind the eardrum, in fact, is connected only through a small duct to the oral cavity and often the air remains trapped in it. The ear begins to hear normal sounds in a muffled way and in some cases, if the stimulation persists, the whole surrounding area can also become painful. Earache, more often than not, is not dangerous and can be managed with a few simple precautions, however it can be annoying especially for children.

Remedies for earache: what to do when traveling on Air Dolomiti
Most of the time to avoid the notorious earache on the plane it is enough to yawn or chew a chewing gum just before take-off or landing. The movement of the jaw, in fact, proves to be a good ally to relieve pressure in the middle ear: in this way the Eustachian tubes are freed, the ducts that connect the ear to the pharynx. Even swallowingit can help to free capped ears, as well as sucking on a candy by letting it melt in your mouth without chewing it. If your neighbor takes a deep breath to hold the air inside the nostrils and mouth, follow his example as well. This maneuver can indeed be successful if carried out for a few seconds without letting the air out suddenly. To avoid the moodiness of children on the plane due to corked ears, however, the classic pacifier in the mouth will suffice.

Earache on the plane: what to do when you have a cold
If a cold caught you before the flight, we advise you not to underestimate the problem: the combination of nasal congestion and earache on the plane could lead to particularly unpleasant consequences. The greatest risk, in these cases, is that the excessive pressure exerted in the middle ear for a long time due to the blocked auditory tube leads to the rupture of the eardrum. Without giving in to alarms, contact your doctor or pharmacist before boarding: a decongestant spray will be enough to keep the airways clear and clean.

Plugged ears on the plane are no longer a problem: follow our advice and your trip with Air Dolomiti from Italy to Germany will be even more comfortable!